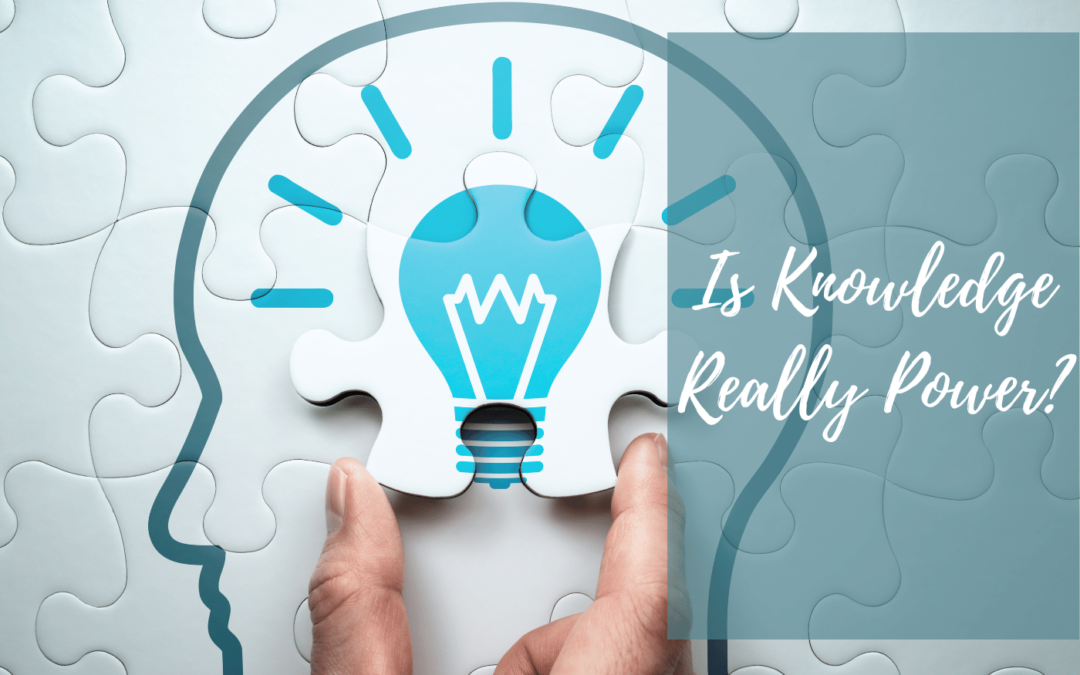 I am wondering today is knowledge really power.

When Sir Francis Bacon said “knowledge itself is power”, it is said that he wanted to transmit the idea that having and sharing knowledge is the cornerstone of reputation and influence, and therefore power; all achievements emanate from this.

But I have a different take on the question is knowledge really power.

That is that is once we have an understanding of how something works on a deep level, we can just have a better experience of life.

Gravity is a great example of where knowledge really is power.

When children are very small, you may have noticed, that they tend to throw and drop things all the time.

I used to wonder if this was just, a game my children were playing but it turns out that they were developing their knowledge of how life works.

They were being little scientists.

Testing the ‘do thing always fall’ hypothesis over and over again.

Testing it with cutlery, food and toys.
Testing it in the kitchen, the bathroom and the lounge.
Trying to find out if everything falls everywhere.

Ever so slowly, but surely, they began to understand that gravity works 100% of the time in the same way.

Now you and I don’t have to think about the fundamentals of gravity every time we put a mug down.

We have a deep embodied understanding of gravity.

So let’s relate this to human psychology; a complicated field it seems.

But there are some gravity-like facts about human psychology.

These 3 principles create all your experience (feelings).

If you don’t know about this, it is happening anyway but if you do know about it, you can have a much easier experience of life.

And once that understanding is deep and embodied like your understanding of gravity you can navigate through life with more ease rather than picking up the seemingly broken bits of your psychological system all day every day.

Can you imagine life lived from that place?

If you are a busy, midlife founder, CEO or leader who is ready to go from feeling ... Stressed, Overwhelm & Stuck TO Calm, Clarity and Contentment then please accept my gift of 5 Simple Truths to Take You Closer Calm by clicking here.

GET 5 SIMPLE TRUTHS TO TAKE YOU CLOSER TO CALM