The Connection Between Menopause and Happiness 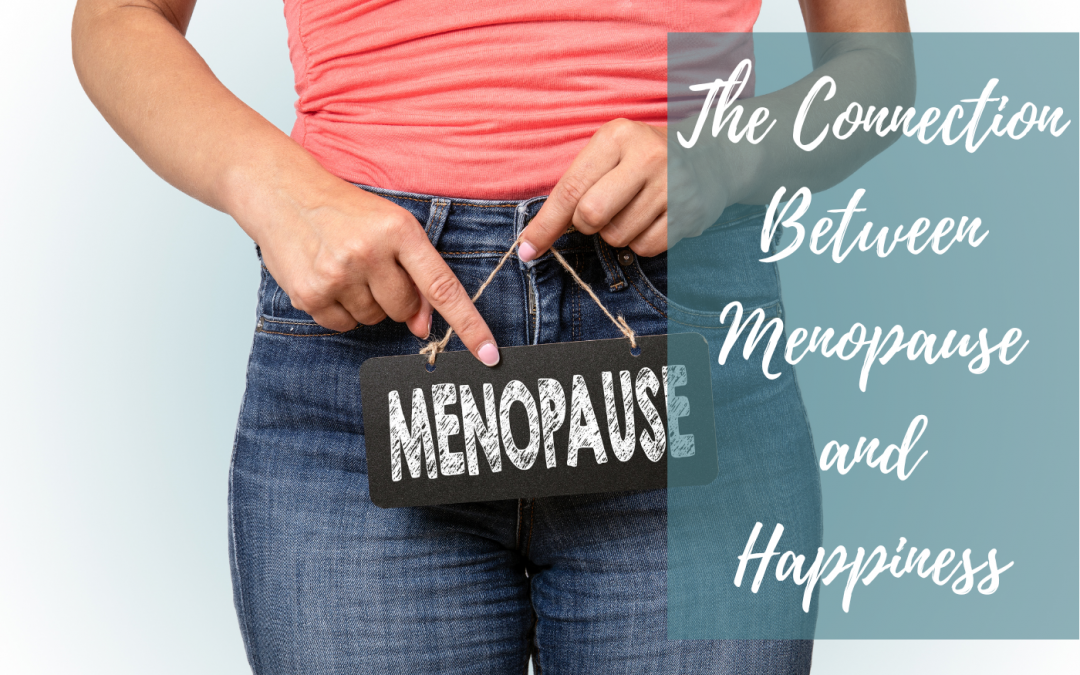 It’s day when, we’re encouraged to raise awareness of menopause and the impact it has on women.

It turns out there’s quite a lot needed in terms of awareness and there are lot of people like Sarah Cox of Don’t Pause for Menopause are out there helping businesses support women better. Whilst Hannah Charman of Physic Health and Dr Indra Barathan are helping women with ways to feel better as you go through it.

But what about our personal experience of menopause?

I literally have no idea when it began for me.

In 2015 I burnt out, causing adrenal fatigue and lots of symptoms.

In 2019 I was diagnosed with under-active thyroid with lots more symptoms.

At some time in between the two, I suspect I became perimenopausal.

There is no doubt that I have had some rough days.

The list goes on, I am sure you know!

Most of the time I had no idea which issue was causing the symptoms but I did spend a lot of time thinking about it.

Suddenly I saw that even my experience of my body was created via thought.

I had this insight when, I noticed that a headache disappeared when I wasn’t thinking about it.

Even though we have a physiological body with hormones which are out of kilter, how we experience that is100% via thinking.

I know as you’re sitting there sweating, that may be hard to see but here is one example.

When I broke into a sweat (which I did frequently) I made it into a joke.

Bruce and I would be sitting on the sofa and I would say, ‘You could fry an egg on my back right now? It’s absolutely boiling.’ 😂

I have no empirical evidence but it seemed to me that taking it lightly improved things.

Maybe or maybe not not in my physical body but definitely in terms of my experience of that body.

Even main stream science says that stress is one of the worse things for the menopause so maybe if we can bring a little lightness to it, that has to help, Right?

Please note that I am not underestimating women’s experience. What I am saying is that if all the women going through menopause knew the role thought played in their experience, they could have a better one I have no doubt.

This goes for all physical health issues by the way.

I am pretty sure that since I learnt the truth about the role thought plays in creating my experience, I am having a nicer experience of everything in my life including my own body.

No matter what you would like to have a nicer experience of, dropping me a message is the place to start.

❓️What would you like to have a nicer experience of❓️

The Connection Between Menopause and Happiness