Understanding Inside Out Relationships Relieves Stress 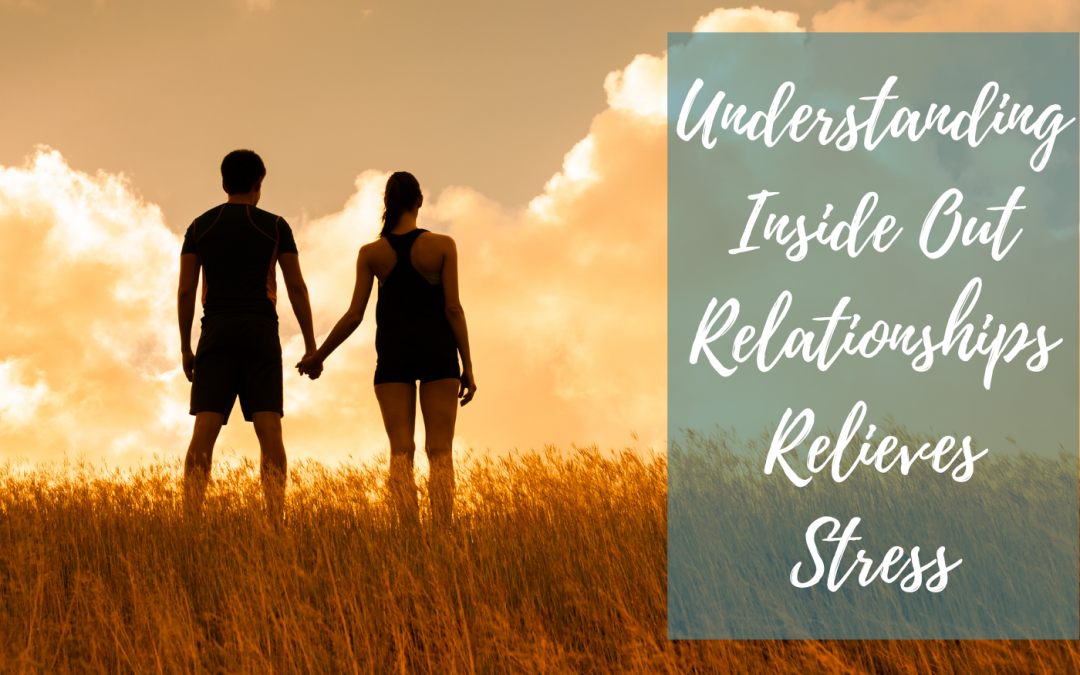 I recently told the story 0f  my relationship with my fiancé, Bruce.

How our relationship changed as we both became aware of the inside out understanding and finally learnt the truth.

That our feelings never, ever came from each other.

My fiancé and I met on Tinder. We had our first date on 7th July 2015 and had declared our love for each other within a few short weeks.

It was a wonderful whirlwind of a time.

But eventually the cracks started to appear – and there was a pattern.

It went like this: I’m a person in the habit of being critical. I would criticise him a few times during the day for things I didn’t like, things he said or did.
And suddenly, towards the end of the day, there would be an explosion.

He would say that he wasn’t good enough for me, or that he wanted to end the relationship.
You see, he had taken everything I said personally and remembered it, whilst I had already forgotten about the things I’d criticised him for.

We both tried to get some help; I tried to modify my behaviour and criticise him less, whilst he had some hypnotherapy to try to poke around in his past and find out why he felt the way that he did.

Things got a little better, but the explosions between us still happened and it was hard to live with.

I almost gave up a few times, but I carried on because I could see that in his essence he had a wonderful, big heart and a lot of love to give.

It was challenging, even slightly alarming at times – he was just so upset and convinced that he should leave me.

But, in 2020, whilst undergoing some coaching to help me with motivation, I began reading, listening and sharing what I’d learned with my fiancé.

The outcome was that we managed not to take one another so deadly seriously anymore.

We both learned that our feelings don’t come from one another, they come from ourselves. And now, if one of us has a little moan at the other it quickly dissolves into humour and fun.

We read and listened to podcasts together, attended webinars and even did my coaching training together. It’s a joint journey that we’ve taken together.

It’s a wonderful place to be with another person. There’s a lot more love and laughter and joy, and we’re so much happier.

It seems to me that humans are fundamentally connected, but what gets in the way is our thinking and emotions. My fiancé and I have much quieter minds now, and as a result we get in each other’s way far less.

We’ve reached a much deeper place of calm and love.